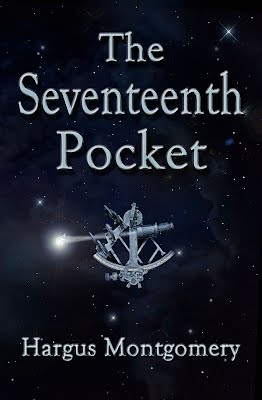 The Kerious Pye™ series recounts the adventures of an ancient Order of worldly Explorers travelling to the universe of matter.

The Seventeenth Pocket follows Explorer, Arden McGivven, on an expedition that could destroy the barrier between energy and matter.  When the old voyager encounters gravely ill, fourteen-year-old Megan Carlson, he breaks his oath and reveals the Order’s secrets.  Arden’s stories confound doctors, and open a mystery that crosses from this life to the next.  Only Megan can solve the mystery and save the man who helped her.

This was a quick read for me. Probably because I found myself immersed in the world that Hargus Montgomery created and I couldn’t put it down. This was an imaginative tale with characters who felt real. Surprises and Action all along the way. Great read.

Hargus Montgomery is the author of The Last Relicuin, and The Seventeenth Pocket, part of the Kerious Pye series. 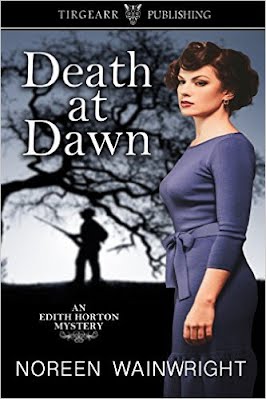 Giles Etherington, is shot in the morning of August 12th (the glorious 12th). Do the reasons for his death hinge on his personal life, his political allegiances, or his past? His wife is Edith Horton’s best friend and Edith, along with Inspector Greene and Sergeant Brown, finds herself, once again, immersed in crime and mystery in her Yorkshire dales village

I liked the mystery in this novel. I liked that the author gave us multiple leads to follow along with Edith and the Inspector and Sergeant. I liked that it wasn’t the only crime we were following as well.

Edith has a way of getting herself involved in these situations and I think she is very fun to read about. She is a great female lead.

The pacing and plot were both very well developed and I enjoyed watching it all unfold.

Noreen is the author of three crime mystery novels in the Edith Horton series and the fourth is now ready for submission. She is a freelance journalist who has had many articles and features published. She lives on a dairy farm with her husband and dog, Vicky.

The Kerious Pye™ series recounts the adventures of an ancient Order of worldly Explorers travelling to the universe of matter.

The Seventeenth Pocket follows Explorer, Arden McGivven, on an expedition that could destroy the barrier between energy and matter.  When the old voyager encounters gravely ill, fourteen-year-old Megan Carlson, he breaks his oath and reveals the Order’s secrets.  Arden’s stories confound doctors, and open a mystery that crosses from this life to the next.  Only Megan can solve the mystery and save the man who helped her.

Hargus Montgomery has written an imaginative and descriptive novel that does a great job of pulling the reader into the world he has created.

The flow of the novel was well executed and everything as far as pacing went felt smooth.

I enjoyed getting to know the characters both primary and secondary. They all felt like they had their own purpose and had depth that made me care about them.

Hargus Montgomery is the author of The Last Relicuin, and The Seventeenth Pocket, part of the Kerious Pye series. 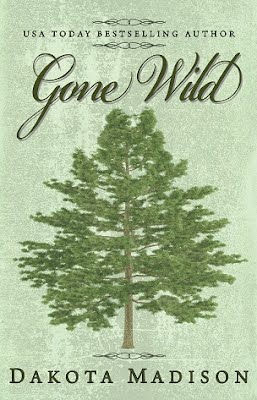 Tenured English professor Bly Daniels believes the short walk from her campus office to the university library is too much exposure to the harsh elements of the outdoors. She would prefer to spend her days (and nights) comfortably seated indoors reading classic literature.

When Bly is arrested for reading one of the great books while driving home, a judge sentences her to thirty days of community service with The Wild Way, a therapeutic wilderness program for troubled teens.

There she meets Turner Wild, the owner and operate of the wilderness program. Turner is everything Bly despises: rugged, unrefined and outdoorsy. For Bly a trip to hell sounds more desirable than spending an entire month with Turner and his band of hooligans as they traverse the woods of rural northwest New Jersey communing with nature.

Bly certainly never expects to form a bond with the troubled teens she’s been assigned to mentor and forge an unlikely relationship with their fearless leader, Turner Wild.

I am always a fan of Dakota Madison. I feel like she truly manages to bring us characters who feel real and like someone we could actually know in real life.

Bly is a very fun character with wit and charm.
I loved the fact that this novel focused on troubled teens and that bonds were created. We had many secondary characters that we could come to understand and love throughout the novel. 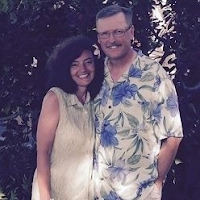 USA TODAY Bestselling author Dakota Madison is known for writing new adult, love in midlife, and contemporary romance with a little spice and lots of heart. Dakota is a winner of the prestigious RONE Award for Excellence in the Indie and Small Publishing Industry. When she’s not at her computer creating spicy stories Dakota likes to spend time with her husband and their bloodhounds. Dakota also writes under the pen names SAVANNAH YOUNG, SIERRA AVALON and REN MONTERREY. 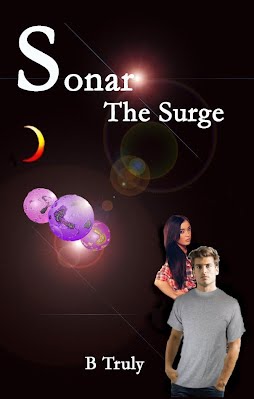 New Adult, Dark Sci-fi, Romance & Space Opera
Date Published: 4/23/2016
Eclipsed by darkness, the Romelands must face the ultimate quest. If they are forced toward the umbra peak, they will be completely obscured.
Symone struggles with her most challenging battles … the conflict within herself. Losing loved ones steals part of her soul. Despair has created a gaping hole where her heart should be. Symone doesn’t even recognize herself. She has to determine if this is the person she’s turned into, or if it is who she has always been.
Nile is an attractive aristocrat whose charm and arrogance drives Symone insane. Beyond Symone’s control, Nile is spun into her life. But she’s not sure if she can have a relationship with him or where that could lead her. Embracing love could make her whole again, but it may also destroy her. Symone must travel through the opaque light in order to find where her destiny lies.
Symone’s family, Shiray and Syira, continue to fight in the feuds of their galaxy. Together they have to find the balance between compassion and sacrifice. Kadanans are being held captive, and they hold the fate of their world in their hands. They have only begun to understand the consequences of the devastating realities of war.
The enemy of my enemy is my friend, is the philosophy the Romelands now abide by. With chaos and turmoil at every corner, they may forget what is worth fighting for. The surge for power has erupted. Only the strongest race will be left standing

B. Truly is back with another installment in the Sonar Series. I have really enjoyed watching the growth of characters from one to the other and seeing what Truly is able to add to each novel.

This one, like the others, really manages to be vivid and descriptive enough to make the reader feel like they are living in the world.

I liked how Truly was able to bring new experiences for the characters, often times a series can feel like “same thing, different book”. This one definitely felt fresh.

B Truly has wanted to be an author since she was fifteen years old and is grateful to have accomplished this dream. She has very vivid dreams and a wild imagination. She likes to read, watch tons of TV shows, and movies. She is addicted to romance and gets a thrill out of action and suspense. She writes New Adult, Fantasy, Sci-fi, and Paranormal-Romance.

In the Sonar series, B Truly said, “It was fun to explore different elements of Sci-fi romance and create various realms of powers for my characters. I want to show my readers that Sci-fi can be fun, but also traumatic. I hope you guys enjoy the Sonar Series.”

B Truly has three wonderful children and a husband who defines the person she is today. She works full-time as an Ultrasound technologist in Sugarland, Texas. 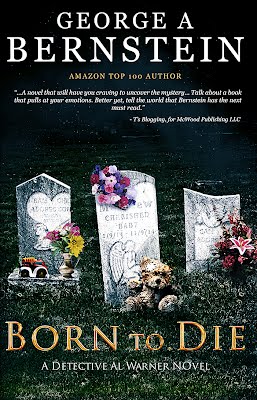 Too many infant boys of Palm Beach gentry are dying of Sudden Infant Death Syndrome (SIDS). Only obstetrics nurse, Casey Jansson, is suspicious.

Al Warner, crack Miami Homicide detective, is inactive, languishing on medical leave after a deadly shootout with a serial killer, “The Angel of Death.”  He’s in the best physical condition of his life, but is struggling to convince the Department’s shrink he is not suffering from PTSD.

Warner meets Casey at a local pub. They are attracted to each other, but misreading the other’s body language, remain reserved.  Learning of the SIDS deaths from Casey, Warner concedes it sounds more than coincidental, but can find no obvious Motive or Opportunity. However, he agrees to help investigate, hoping romance develops later.

Casey’s obsession eventually tangles her in mortal danger. Only Warner can save her, if he can figure out where she went, and get there in time.

This was unlike any Suspense novel I have read before. It had the same things you look for in a Suspense/Thriller. Shock and Awe moments, confusion, and compelling characters, but it also had a premise unlike any I’ve read and I applaud the author for being about to create something like that. 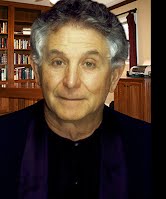 George A. Bernstein is the retired President of a Chicago small appliance company, now living in south Florida. Born to Die is the 2nd in his Detective Al Warner Suspense series, following Death’s Angel, a 5-Star reviewed novel. Two more are already in the works. Bernstein’s first novel, Trapped, was a winner in a publisher’s “Next Great American Novel” contest, and has gained mostly 5-Star reviews at Amazon and Goodreads while becoming an Amazon Top 100 Novel. His 2nd novel,  A 3rd Time to Die (A paranormal Romantic Suspense), also has almost all 5-Star Reviews, with one reader likening him to the best, less “spooky” works of Dean Koontz & Stephen King. 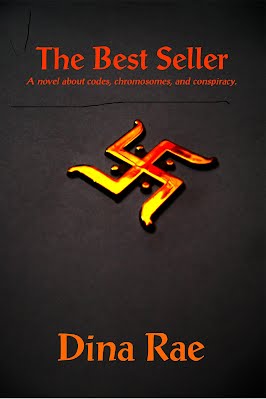 When Maya Smock writes her first novel, everything seems to go her way. Her book practically writes itself. She marries her gorgeous agent. Her name is on all of the best seller lists. Billionaire author Jay McCallister takes an interest in her meteoric rise to fame and invites her into his world of alien-believing celebrities. Her life changes forever when he tells her that they were both created inside of a laboratory. These authors are embedding an alien genetic code within the pages of their novels that originated from Nazi Germany because…
The time has come. They are here.

I loved the premise of this novel and that the Author has brought the life of an author in to view. Although, I’m sure the way her first novel was written, isn’t the norm for authors out there. But this is a work of fiction after all.

Dina Rae has brought us an imaginative Science Fiction novel. I think that the way she wove together pieces of history and aliens was brilliant. I liked the way that everything unfolded and just when I thought I was catching up, I was thrown a new surprise.
Maya as a main character was very easy to get behind. I cared what happened to her throughout the novel and I liked that she wasn’t a perfect character. She had her flaws, as everyone does. 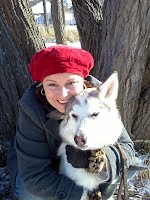 On A Reading Bender
Blog at WordPress.com.